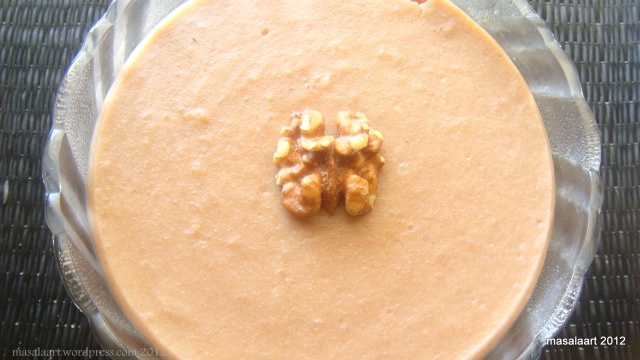 You know how advertising is supposed to make you want that product, want it so bad, that you just have to get up, put on your shoes and get out the door?

Or just call and order it in. (I know, it sounds much less exciting, but in Mumbai we can get everything delivered.)

Well, the Don Drapers of the world can rest easy as long as people like me exist. Even though consumers have so much access to product reviews and information today, and rely on those before making a purchase, there are still idiots like me who are swayed by a television advert and just buy.

But in the case of this advertisement, it was a bit of a reverse effect. This Kellogg’s corn flakes ad that has been airing for a while, on practically every channel, shows the wonderful, able-bodied and impeccably-dressed-for-so-early-in-the-day Kellogg’s Mommy (with a few flyaways for added effect) whipping up an amazingly awesome Kellogg’s breakfast for her husband and son…(corn flakes + bananas + walnuts for hubby, and corn flakes + chikoo or sapodilla + almonds for the son. (I know. All Kellogg’s Mommy did was put stuff in a bowl and shove a spoon in.)

It was something I would scoff at. Except…

I tried feeding them to my son, who obliged for a week and then began to spit it out. I had so many sapodillas I did not know what to do with them, and they bruise easily and I didn’t want them to go to waste. I had already made enough milkshakes with them.

And then I thought…why not try blending and turning it into a smooth pudding? I used to love chocolate and vanilla pudding as a kid, and sapodillas would add a nice grainy texture to a vanilla pudding. I found myself a basic vanilla pudding recipe and got cracking.

And you know what? It was pretty nice. The fruit lent a nice pinkish-brown hue to the plain vanilla pudding. Sapodillas are sweet and rather honey-like and have a wonderful texture, smooth on top and grainy when you bite in, and that really came through. The walnut on top didn’t really do much, I just put it there for effect. But yeah, toast some walnuts and put them at the bottom of your pudding mold and it should make for some fun eating.

NOTE: Normal people in India just call this fruit chikoo. Everyone I know calls it chikoo. Even when I talk to the grocer, I call it chikoo. I however, am referring to it in the written form as sapodilla, because in print, sapodilla looks so much prettier than chikoo. And also because I must have known half a dozen kids nicknamed chikoo when I was growing up, and it seems like a pretty lame name for a both a person and a fruit. Or maybe I just have a colonial hangover.

14 thoughts on “I Went A Little Overboard. Hence, Sapodilla Pudding.”

Please don't use my stuff unless you give me credit for it or link back to me. All pictures on this blog (except those taken by me) are credited to the owners.
Loading Comments...
%d bloggers like this: